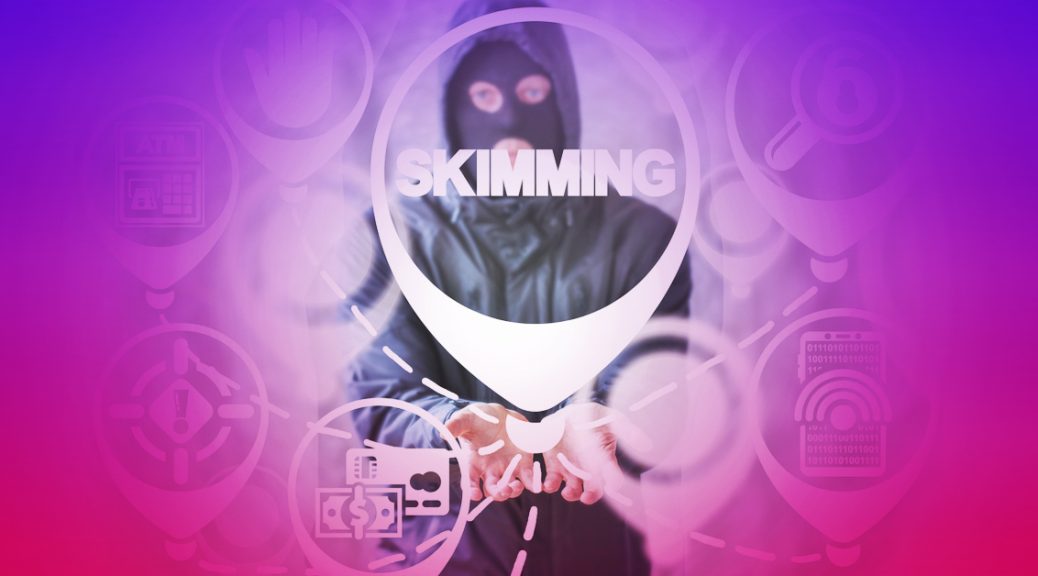 With time our payment methods which were once used only to be in cash have now changed drastically with the onset of the twenty-first century into the cashless method. India has also adopted the cashless economy especially following the demonetization specifically due to two reasons, one being to stop black money from layering in the system and secondly for safety, as having a lot of physical cash is not safe in all parts of the country. It carries the risk of theft or losing the cash.

Card payment has been the pioneer for digital methods of payment and utilizing banking services in our country. It is considered very secure due to its two-factor authentication system but with time, the fraudsters have also developed new ways to scam the common people. One such scamming method is termed “CARD SKIMMING”.

Card skimming is generally done by cloning the data in a debit or credit card to another plastic card and using the same to scam the cardholder. This is done by using a card skimmer which is placed on a terminus where cards are used. Generally, a card reader overlay is used which is a device identical to the card reader which is present in the terminus and is placed over it which collects and stores all the data of a credit or debit card which is swiped in such card readers. The setup also involves a pin camera placed somewhere by the fraudster to record the PIN while it is being entered, or a PIN capture overlay is also used. It is similar to the keypad provided in the ATM with keys on it and is laid above the original keypad which records the pin as we enter the same in the ATM.

After the fraudster has got hold of the card data it is transferred to a blank ATM card. This process is called card cloning where an exact clone of the original card is created with the same data and as the PIN has also been recorded the fraudster can do multiple cash withdrawals or make online purchases and cause monetary loss to the card owner.

Though it is a very sinister method of scamming we can avoid it by using some simple steps firstly we have to be vigilant as it is the most important thing to prevent any fraud we must check all terminals before placing our card in it. The card overlays make the card reader of an ATM appear bigger than normal so we must examine the same. The keypad is also to be carefully examined as the keypad overlays generally appear to be raised than normal and we must always cover the pad while entering the PIN.

Secondly, using alternate methods like UPI or IMPS or using cardless cash features will reduce the chance of getting into such scams. And lastly, using chip-based cards and choosing a two-factor authentication card safety feature where along with PIN entry, the transaction is verified by an OTP to the mobile phone will beef up the security and prevent any such fraud.

Hence as we must go digital as it is the call of the hour in our fast-paced life. We must also not compromise with our security features and protocols to be followed to safeguard our financials. Though time is rapidly changing the adage remains constant “Better be safe than sorry!”